The Travis Central Appraisal District (TCAD) is not going to re-appraise residential properties for 2020. Marya Crigler, the Travis County Chief Appraiser, has stated that the county only has access to roughly 15% of the home sales and that is insufficient to appraise most areas.  TCAD had been buying Austin MLS data in violation of the MLS vendor’s contract with the Austin Board of Realtors.  All MLS data is copyrighted and owned for the exclusive use of its members. The vender, CoreLogic, and TCAD were issued cease-and-desist orders by the Board and the transfer of MLS data was stopped.  As mentioned before, this is a risky tactic that is likely to fail.

The unprecedented step of freezing tax values presents a number of questions.  First, will tax agents have no work in Travis County? Will owners protest in 2020, if they did not last year? Or, second, will TCAD have no timely comparable sales that they can use in a arbitration hearing to combat protest challenges?

ProTax, a well-known firm which contracts with property owners to protest their real estate valuations, has changed their business model from charging a success fee of 40% of the saving to charging a base fee of $150 per property and the same success fee.  One has to wonder if they are of the opinion that frozen tax valuations will automatically be too low to reduce further?

The TCAD position also makes one wonder if many of the currently employed appraisers in that office will be told they are no longer needed.  It will all be very interesting as we move into something I have only seen once before in Hays County.

In the late 1980’s, it appeared that Hays County’s hierarchy mad the decision not to re-appraise residential properties since the values were in free-fall.  Some of the values had not been lowered once in the three years of sharply declining values.  Since I had built and sold many homes in the Norther Hays area, I was very familiar with the actual values and Anna and I started a tax agent business.  We represented 55 families.  During the course of all the many meetings I had with HCAD, it was finally acknowledged that the values were left artificially high in order to fund the schools.  I believe the comment was something like, “If we drop the appraisals to the real values we might have to close some schools.”

It was during my time protesting tax values at HCAD that I discovered something worth sharing.  The state law is adamant that the valuations and taxes shall be equitable.  In the case of HCAD, it was easier to get them to lower the improvements than it was the land for the simple reason that technically the lots were to stay roughly the same value.  The rare exceptions were homes next to detention ponds, hones on the corner of a busy entrance, or some other unique issue that justified a reduction in valuation.

In any event, I am betting that this issue of full disclosure is a hot topic in the Legislature again. 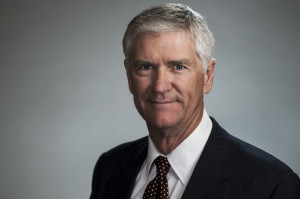 Each year a great deal is made of the fact that Texas, like 11 other states, does not require the public disclosure of real estate sales prices. This year the discussion of the pros and cons of full disclosure will be intensified. The Travis County Chief Appraiser, Marya Crigler, has taken the unprecedented step of announcing that she is going to freeze the 2020 home valuations at the 2019 tax values. This announcement has caused a great deal of angst with local officials who have to prepare the budgets for everything in Travis County from school districts to the county expenditures.  It was a clear orchestration to put intense pressure on the Austin Board of Realtors.

One aspect of a boom like Austin is experiencing is that the local politicians can usually brag that they, “held the line on tax increases.” Of course, this is seldom true.  It is often the case that the taxing entities decide to “hold the line” on the tax rate, but with rapidly rising values we end up with significant tax increases. This happens so often in Travis County that the various taxing entities count on the revenue bump . . .  as if it is a built-in tax increase that they did not have to approve.   It provides the politicians with a degree of cover, all the while netting the revenue increases that they seldom own up to.

About a year ago the MLS discovered that our vender, CoreLogic, had been secretly selling our MLS data to the Travis Central Appraisal District (TCAD).  This was blatant breech of the contract and once it was discovered the MLS immediately sent the district a cease-and-desist order.

Cut off from the surreptitiously acquired sales data, the chief appraiser has announced that there is no way for her to do her job without MLS data and that TCAD will not change any residential tax values in 2020.  This leads me to two specific points.  First, I knew Art Cory when he was the chief appraiser and he had to scratch and fight for sales information as well, but he found ways to fulfill the role of appraising all the property in Travis County. Second, like Art, Ms. Crigler is facing an uphill battle without the MLS data, but she is trying a novel approach in an effort to gain full disclosure.

By announcing that TCAD is freezing values for 2020, Ms. Crigler is waging war on the Austin Board of Realtors and the MLS.  It is a risky tactic.  I cannot imagine what the taxing entities are telling her, but it cannot be pleasant.  They were expecting their politically free revenue increase.  If this freeze holds, many elected officials will find themselves on the hotseat if they have to vote to increase tax rates to balance their budgets.

Clearly Ms. Crigler is betting her employment on successfully creating enough bad press for Realtors that we acquiesce or the elected officials finally alter the non-disclosure rules.  I doubt either will happen, which will be interesting for Ms. Crigler’s future.