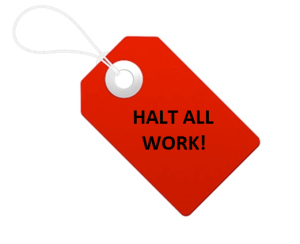 Housing has been one of the two biggest problems in Austin in recent years. (Traffic, being the other . . . but you knew that.) Let’s talk about affordable housing.

I have been a residential and commercial REALTOR in Austin for over 40 years.  I am also a retired home builder and former general contractor.  During the 80’s Bust, I was the person who finished much or most of what Texas Commerce Bank repossessed in the Austin area. At different times, I was the Home builder Association’s liaison with the City Building Code Department and served on the Homeowners Warranty (HOW) inspector review committee where a small group of us tested, certified and oversaw the HOW building inspectors.  I guess I am saying that I am not a novice.

Admittedly, I have not remodeled a house in the past few years.  We are doing so now.  What a shock!!! I cannot believe the level of red tape and expense that the City has added in the last several years – all the while decrying the runaway cost of housing. At the risk of you zoning out, I would like to point out a few notable issues I have encountered:

A while back we had a city code specialist speak at Stanberry & Associates.  I told him that I am of the opinion that excessive regulation is somewhat counterproductive. It is slowly driving more people to bootleg. People are flipping houses all over Austin.  Most are replacing the tan plugs and switches and exterior doors.  I guarantee you very few have done so with the require permits.  Those of us doing so legally are getting clobbered.

I have told this story to many people and they say that I should write a letter to the editor.  I think that would do little.  I know Austinites hear things like this every day, but the next time it comes up I hope you will re-tell some of this story.

I never dreamed that I would have to take a house down to the studs over the electric code  when the wiring was in no way hazardous fine and had been previously installed to code, or that it would cost over $1000 to replace an ordinary  sliding glass door.  And the city leaders bemoan the lack of affordable housing!